You thought you'd defeated the evil wizard once and for all. You were certain you'd closed the doorway to his dimension forever. But somehow, he's returned to our world and stolen more of our precious reality! You can hear his mocking laughter as pirates, cowboys, knights and more disappear in a flash and are imprisoned in his enchanted castle.

You've been there before. You know what to do. It's time to summon the Magic Ball that will undo the wretched sorcerer's spells and set the items he's stolen free. Only then can they return to their rightful place in the universe.

Featuring a stunning degree of visual detail and as much madcap fun as we could cram into one release, Smash Frenzy 3 (formerly Magic Ball 3) has changed Breakout games forever. The task before you is challenging. It's also filled with incredible sights and sounds! So take a deep breath and then download the adventure of a lifetime! 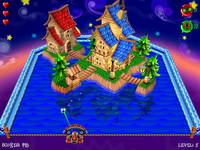 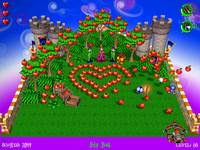 We have no player reviews for Smash Frenzy 3 yet.