Arcade Blocks is a new remake of the famous Tetrix game. However, in this game blocks consist not only of squares, but of triangles too.

Game modes are listed from the simplest to the hardest. Even small kids can play in the Simple mode, but playing Triangularis and Sixtix is for extreme players in general.

The goal of the game is to maximize your score by placing the falling blocks or triangles into lines. Every assembled line that has disappeared increases your score. 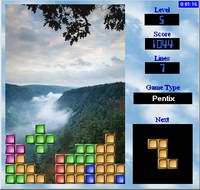 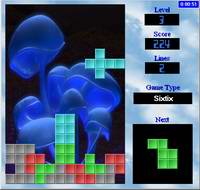 We have no player reviews for Arcade Blocks yet.